This is a practical problem the main objective bj ti off which hi h is i to t replace l th presentt day the d Hydraulic H d li operated excavator or JCB with Wire rope operation in order to minimize the hydraulic network. This system may also prove to be simple rather than a complex and cumbersome design as usually observed in the hydraulic operated machines.

Introduction: To perform a given work using an Excavator Hydraulic systems were used. The present day excavator has the following characteristics¾ The hydraulic system incorporates complex arrangements for pressurizing the fluid. ¾ It uses Diesel Engine (6 or 12 cylinders type ) which consumes lot of fuel. ¾The engine structure and design are complex. The present day engine need also to be eco friendly and so we look far ward for a better system which minimize the draw backs. The present idea may help in this regard

The mechanism uses rope drums just as we observe in hoist machines. The rope drum is supposed to be arranged inside the body of the machine particularly in front of the cabin where the driver or the operator sits. The bucket movement may be obtained by the regular (hydraulic ) arrangement. arrangement This is necessary because the rope arrangement cannot handle the work in such locations.

F ibilit Feasibility: This is to verify whether the use of ropes are feasible or not. That is whether the ropes are capable of handling the large loads. Consider the following examples -

Mechanism for the first arm:

Mechanism for the second arm:

Difficulties: The difficulties that may arouse when the rope mechanism acts on only one side can be understood from the following figures

In order to eliminate the difficulties (as shown above) that may arouse when h the th ropes acts t on only l one side, id we employ l a double d bl side acting mechanism which may work effectively.

Operation: The basic operation that is involved in this type of mechanism can be understood from the figures

(Movement of arm to which bucket is connected)

(movement of arm to which first arm is connected)

Essential Requirements: 9 The mechanism should not cause any miss function, for this purpose it is necessary to employ double side acting mechanism. 9 Whatever the amount of rope wound on one side, the same amount of rope should be unwound (released) on the other side. It means

length of the rope on both sides should undergo equal changes when in operation. This is the one most essential condition to be satisfied by the proposed mechanism. Else stresses may develop and also the possibility of wire breaking occurs along with miss function.

Figure shows the result of unequal changes in length.

D i Considerations: Design C id ti 1. Pins that are used to connect ropes with the arms should be designed to withstand the large loads without being stressed. 2.The rope should have the capacity to carry the maximum load carried by the machine.

3. The pulleys are supposed to offer less friction 4. The proposed mechanism should use less power to handle a given task, than that consumed by a similar sized Hyd. Operated machine.

Use of motors: Factors like difficulty in the availability of diesel, gases that are released during combustion, cost etc. makes us to look for a better fuel (alternate fuel)

or if possible a motor. It can be easily

verified that a diesel engine consumes more input to develop a given rated power than that consumed by an electric motor. Cost incurred is also low. But what required in this case is the ability to store large amounts of power and also to discharge it whenever required.

Bucket motion: The bucket attached to the arm is necessary to be operated by hydraulic system. The wire rope arrangement in such locations may not handle work effectively and may not do expected job. The following problem may arise when the bucket is operated by rope (one side )

The following arrangement may sounds good but may not handle effectively.

Advantages: •The system eliminates much of the hydraulic network. •The losses incurred in this case may be reduced since the hydraulic system which offers viscous resistance are minimized and only few parts may be encountered.

The advantages of the above system can be experienced y when the system y is studied well and pput into real workingg model. only

Some drawbacks: 1 The unit may not be effective. 1. effective 2. System is not recommended for heavy duty applications. 3 Separate arrangement for the hydraulic system in addition to the wire 3. rope system is needed and hence it seems to be quite in comfort. 4 In case if motor were used in place of diesel engine the difficulty in 4. storing and supplying electric energy is the main draw back.

Conclusions: Although the development of the wire rope mechanism seems to be difficult, it may be confirmed about the usage by making a prototype of the above said mechanism, evaluating all the constraints and possible limitations. Also the performance of both the diesel engine and motor helps us to decide the suitable type of power input to the system. All we need is to develop a suitable system capable of storing large amounts of electric energy. Results of any idea will be found only when it is put into practical model and hence the above said model may be prepared, as there is no harm in trying. 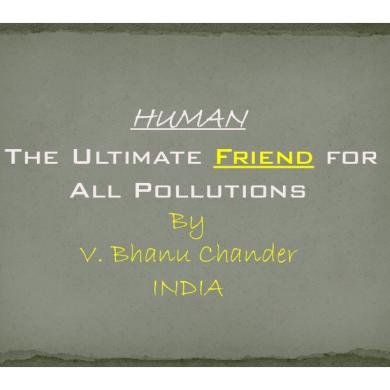 Adjustable Conveyor For Industrial Use