New Market Entrants. The higher the competition in a particular sector, The easier it is for any new firm to enter this sector and also change the major

environment at any time.

The threat of new entrant will depend on the following determinants: 1) Entry ease of the foreign bank.

Entry Ease of foreign banks. • After the liberalization and globalization process that started in Year 1991, the banking industry in India has seen many foreign banks coming to India. q Below are some of the banks currently operating in India: 1. Citi Bank. 6. HSBC Bank. 2. Standard Chartered Bank 7. Barclays Bank. 3. ABN AMRO Bank. 8. Royal Bank of Scotland. 4. BNP Paribas. 9.Bank Of Tokyo. 5. Bank of America. And many others…..

Incumbent resistance • • The Committee on Financial Sector Assessment (CFSA) maintained that the foreign banks shareholding in the subsidiaries should not exceed more than 74% along with the rules and regulation applicable to private banks. • Indian policymakers have decided to adopt a quid pro quo stance in respect of permitting foreign banks’ easy entry into the country. • Foreign banks today continue to be hampered by legacy issue of restricted branch presence in the country

Route to market. qWhy Foreign Banks are entering India. • According to the RBI, • The bank credit is growing at 30% per annum and retail credit is expected to grow to Rs 575,000 crore by 2010. • Presently, total number of banking branches and ATMs in India is about 75,000 and 35,000 respectively. • On the other hand, the number of banking branches is still meagre for our population as more than 16,000 people are dependent on a single branch. • While 60% of our population has access to banks, only 15% out of this has loan accounts

• Expansion of retail banking has a lot of potential as retail assets are just 22% of the total banking assets and contribution of retail loans to GDP stands merely at 6% in India vis-àvis 15% in China and 24% in Thailand. •

Citi banks expansion. • Citibank has increased its branch network from 26 to 31 in June this year, in it operation spread across 21 cities. • If they are to have six to seven per cent market share, they will need a large distribution network of 125200 branches across 75 cities.

HSBC Banks Expansion. • HSBC India is planning to expand the scope of its factoring services in tier-II cities across the country, with a focus on small and medium enterprises. • • It’s current focus is on mid-market segment, which has potential for big volumes,

Standard chartered bank • Hiring 2,000 people by the end of this calendar year. • • Standard Chartered Bank has drawn up plans to make a determined entry into providing business equipment loans to small and medium enterprises (SMEs) in the near future. •

Deutsche Banks Expansion. • Deutsche Postbank Home Finance Ltd is expanding its reach in the Indian market and has set itself the target of disbursing housing loans of Rs 1,900 crore during the current financial year, • The company had set up 25 branches in the country, • Deutsche Bank India has launched two Web-enabled wealth management tools `WealthPro' and `InvestPro' to cater to the needs of the retail banking clients and will help them to manage and plan their wealth, 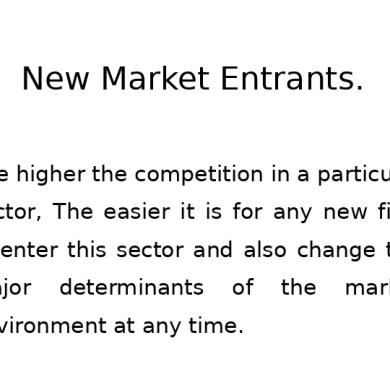 All U Lympics Entrants