Pupils Czech out tourist destination STUDENTS from Gorseinon College have been putting theory into practice with a visit to the Czech Republic. Youngsters studying AS-levels in travel and tourism spent time with students from the Hotelova Skola leisure and catering college in Teplice. Jerry Steele, Gorseinon College’s leisure and tourism co-ordinator, said: “Towards the end of their stay, our students gave a presentation on Prague as a tourist destination for visitors from the UK to staff at the Hotelova Skola, which was very well received by all. ”

A 52-YEAR-OLD man who had sex with a 15-year-old has been cleared of raping her. David George Rees, who admitted having sex with the teenager, pleaded guilty to an offence of sexual activity with a child. But it was not a case of rape, he insisted at Swansea Crown Court. Rees, of New Road, Neath Abbey, denied that, when they had sex on October 17, the girl was not

consenting. He was found not guilty of rape after a three-day trial. Rees, who is in custody, will be sentenced for the offence of sexual activity with a child at a later date, after a psychologist has prepared a report for Judge Huw Davies QC. Adjourning, the judge told jurors: “There will have to be a sentence, but that task will be far from straightforward.”

Woman shoplifter jailed A WOMAN shoplifter has been jailed for four months. Swansea magistrates imposed a custodial sentence on Kelly Dalling after she indicated she would not comply with any community penalty. The 26-year-old, of Flatholm

Place, Blaenymaes, Swansea, came before the court to admit stealing clothing from the Debenhams store in the Quadrant shopping centre on March 18. In jailing her, the magistrates revoked a community order made on March 6.

QUALITY & COMFORT UNDER YOUR FEET

• Family run business,expert advice from people who care • 1000’s of carpets to choose from • Ask about our all inclusive prices on every carpet • Discounts for Swansea City Council and DVLA staff

’VE got 11 GCSEs, three A levels and a university degree from one of the finest seats of learning in the land.

But could I find the Big Mac button on the till? In a word: No. It is a maze of colour-coded, touch-screen buttons that surely must leave all but the cleverest of IT geeks nonplussed. I am in McDonald’s in Swansea, and yes, I am flipping burgers. And why not? This fast food chain is one of the few jobs success stories at the moment. “Go and give it a go, see what it’s really like,” I am told by my boss. It offers an above-minimum wage, health and pension benefits, and is slap bang in the city centre, so why on earth not? As the recession deepens, is this really the time to start being picky about potential employers? McDonald’s has just launched a recruitment drive to fill 4,000 “McJobs” to help it serve an extra two million customers a month. The fast food giant has defied plunging High Street sales to increase takings in Britain by 10 per cent in the first half of this year. Bosses say better menus, longer opening hours, refurbished restaurants and free wi-fi have driven growth, with up to 10 new restaurants planned for this year. Experts say it is more recession-resistant than most food outlets because of its low prices. Hard-up families are spurning dearer alternatives to buy its burgers.

he fast-food giant claims the new My McJob campaign will encourage potential employees to reappraise the career benefits and opportunities available at McDonald’s. It will see the chain celebrate, rather than defend, the term “McJob” for the first time. Do the job and do it right, and even those with a long-term unemployment record might just find themselves back on track again with a management position. It pushes its “promote from within” strategy — to find the best staff and put them on a management route to success. Leigh Woolcock, aged 21, did exactly this. He started working for McDonald’s part-time when he was 16. He is now the manager of the Oxford Street restaurant. No, he tells me, there aren’t really any bad points to his job. Even the hordes of drunken revellers who come from nearby

Wind Street every weekend can’t dampen his enthusiasm for his work. “We have had so many applications, it’s unbelievable. Nobody else is taking on at the minute,” says Leigh, as he passes me my apron and not-sofetching cap, ready to start my shift.

nd so, now it is my turn. After some brief till training, I am ready to greet customers with my “Hi, can I help you?” The speed at which McDonald’s staff work is unbelievable. The aforementioned confusing till had probably taken orders for about half the 220 Big Macs ordered every Monday, or one of the 1,500 ordered each Saturday, but I couldn’t even find the Big Mac Meal button.

There are still plenty of people who won’t work at McDonalds — but these people might not have a choice We decided I needed to face some customers, so with Leigh’s assistance I was let loose on those who expect their food quickly — something else I was struggling with. After a brief success, we cut our losses and moved to the kitchen for me to make my first Big Mac. Before I knew it, I was positioning my heel and crown — they’re parts of the bun to you and me — in the toaster, while ordering the burgers from the grill, manoeuvring the sauce gun and using my spare hand to evenly distribute cheese, lettuce and the bit Leigh says nobody likes, the pickles. As we moved to the chicken

lAmerican Roy Kroc took over the small-scale McDonald’s group in 1955. lMore than 70 per cent of McDonald’s are franchised stores. lThere are more than 31,000 restaurants worldwide. lPrepared food has 10 minutes to be ordered before it is thrown away. lChicken nuggets were introduced in 1983

area, my confidence was at an all-time high. I was squeezing the sauce onto the correct bit of the correct bun, positioned in the correct half of the box, but disaster struck when I had to simultaneously wrap my Chicken Mayo while dressing my Legend. As orders mounted, I was ushered away before I could cause carnage in the chicken section. Hannah Taylor Davies, aged 18, who has worked part-time at the restaurant for two years, chose McDonalds because of the flexibility and now wouldn’t change one thing, except “when customers don’t say please and thank you,” she says. Leigh said sales had benefited from the new decor the restaurant received last June, and the revamped healthy menu can’t have harmed it either. He says there are still plenty of people who won’t work at McDonalds, but these people — we both agree — might not have a choice as the recession gets deeper.

Burgers can be choosers at fast-food outlet

his outlet of the McDonald’s empire in Oxford Street is top in the UK for customer service — something I hopefully didn’t damage too badly. One of its 75 staff recently won an award for serving an order in an incredible 25 seconds. As someone who took at least that long to find the sour cream dip button, I have a new found respect for all McDonald’s staff. It’s not for everyone, and the lack of respect from some customers can bite deep. But as I took off my apron and pulled off my cap, Leigh joked that if I wanted to submit an application he’d give it a second look. The joke may be on me should I ever find myself going to him for a job. But I suspect I would only be successful if none of the 229 people who applied for one of the vacancies since January beat me to it! lChanging plastic salad tubs for a card alternative reduced the amount of plastic used by McDonald’s by 69 tonnes. lIt takes less than 60 seconds to make a Big Mac. Toasting the bun takes 34 seconds while the burgers are grilled. As soon as the buns are ready they are put into their box, the sauce and salad are put on, the burgers seasoned and it all comes together.

SPEEDY SERVICE Ruth Mosalski has a new respect for burger flippers after trying her hand at working in McDonald’s, Swansea.

THE first play to have emerged from the pen of Louise C McLeod — presented here as part of Fluellen Theatre Company’s lunchtime theatre season, and tautly directed by Peter Richards — is a smart comedy full of richly observed characterisations and razor-sharp one-liners. The piece revolves around Kennedi (skilfully portrayed by Madeleine Hutchins), a young British woman who is in New York for the opening night of her first play. She is joined by her brother Brodie (Huw Richards) and her mother Bea (Claire Novelli), a truly theatrical drama queen who snaffles up many of the best lines in the play. Add to the mix a young man called Kye (or “Sky”, as Bea insists on calling him), played by Nick Richards, and the scene is set for a rewarding, very funny show in which life-changing secrets are revealed. Fluellen’s lunchtime theatre offerings have proved to be immensely popular, and work well in such a studio-style setting. This one is one of the tightest and most effective pieces to date. For those who missed it, Confessions Off Broadway can be seen again at the Grand Arts Wing tomorrow at 12.30pm. Graham Williams

Suites and sofas from only £29 This Saturday - One day only. Sofa and suite clearance Sale.

50 pre owned suites and sofas for Sale from as little as £29.

Everything must be sold no reasonable offer refused.

Early Bird ranges from as little as £10 for full suite and good selection of high quality leather designs Sale starts 10am (ends 2pm) Saturday 4th April ALL GOODS SOLD ON A FIRST COME FIRST SERVED BASIS. Goods can be collected or delivery arranged.

Drive down Kingsway (Fforestfach) and turn left just after the Chocolate Factory up Corporation Road. We are on the right at the end of the road. Look for the large Silver and blue warehouse. 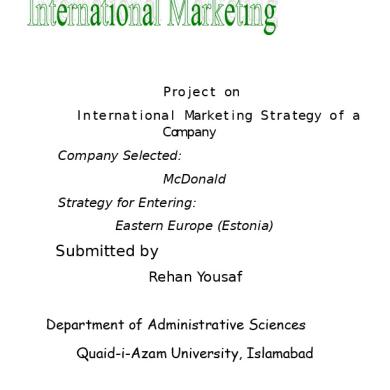 Art Across The City 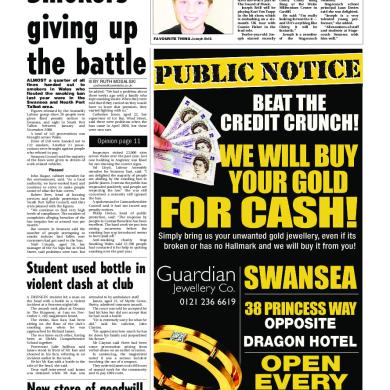